Through the penthouse apartment’s window wall, the vast lunar plain of the Grimaldi crater stretches away, shades of dusty grey, from pale platinum to dark slate, rising into craggy peaks on the horizon.  It’s always grey on the Moon, but since the attack all its greys seem darker.

“I’m going to bed,” I announce to Mother as I get up off the sofa.

“Have you made much progress with the reports?” she asks, rising from the far end of the sofa where she’s allegedly been keeping me company, despite being absorbed by her console the entire time.  Only Mother would see enforced rest following a terrorist attack as an opportunity for me to catch up with all the files she’s been sending in preparation for my birthday on Sunday and inauguration as a Linley Lunar Foundation Board Member.

She nods, seemingly pleased it’s better than nothing.  “Will you sleep?”

“You need to rest.  You could go into stasis until Monday?  That would keep you safe as well.”

I shake my head.  “I always feel sick when I’ve been in stasis.”  I pause.  “I might sleep better in my own apartment.”

She purses her lips until they practically disappear.  “It’s safer here, Selena.  You need to be careful.  The Moonlight Shadows will try anything to get to you.”

“Only 3 days now though,” she says brightly, making it sound like everything will be perfectly all right then, despite the fact it’s far from it. “Then you’ll finally be able to fulfil your destiny beside me.  Another star rising among the stars.”  She waves her hand grandly across her excessively large lounge and out to the universe.

“I thought we were aiming for the stars, not becoming them?”

“Yes, yes.”  She bats my correction away and follows me into the guest bedroom, heels clicking on the basalt floor.  I climb onto the bed with my back to her, curling into a tight ball before the mattress’s smart foam swells to cocoon around me.

I sense her hovering behind me and wonder why.  We’re both finding her attempt at this touchy-feely concerned parenting difficult.  She’s 21 years too late with it.  I guess I’ve never been as important to her as I am now though.

Finally there’s a soft thud as she puts something down on the desk.  “I’ll leave some Bliss here, in case you decide you want it.  It’s enough for 2 days.”

A non-descript grunt is my reply.  It must be sufficient because there’s a quick succession of fading clicks like a metal-tipped spider as she leaves the room.  I shiver.  Her 6-inch stiletto heels always creep me out, announcing her presence wherever she goes.  I’ve never seen her without them.  She probably even sleeps in them.

I’m desperate to sleep, but each time I descend into its embrace a high definition image of the attack instantly begins, playing over and over again like I’m stuck in a nightmarish data loop.  From the far side of the landing pad I see six silvery hooded figures circle the crowd like cattle bots, shooting one after another after another until all 105 lie lifeless on the floor.  Moonlight Shadow ships race in, picking up every body with their teleportation streams and in 60 seconds it’s all over.

“Where’s this amazing discovery you need to show me then?” I’d asked as we’d arrived at Mare Crisium.  “It had really better be amazing this time, not like those disgusting lunar rat things you made me endure four hours in a lurching 6WD grounder to see last time.”

Obviously my best friend of 18 years had held my hand before to pull me up or along if I wasn’t following fast enough, but never like this.  “This is SO amazing, Sel,” he’d said as his fingers slipped through mine and he pulled me towards him.  “It can make all our dreams come true.  Exploring the stars,” his face glowed like he’d just swallowed one.  “Building a new home somewhere we don’t even know exists yet.  Establishing a world where things really are fair and equal for everyone.  This is the only way it can happen.”

His words and the thrill on his face had made my head start to spin, but when his lips came down to meet mine for the first time it whirled with the ferocity of a Jupiter storm cloud.

I turn over, the mattress flattening out before reforming around me when I settle again, my gaze resting heavily on the vial of super strength sleep drug Mother has left me.  Two days of sleep and the erasing of the sight of Jase’s dead body on the ground is very tempting, but what if it took away the memory of his kiss too? I’m not prepared to risk losing that.

Sleep’s fingers tug at me again.  Perhaps I might not dream.

“This time you have to uphold your part of the deal.”

“Then why haven’t we got her?  You were going to make sure she was exactly where she was supposed to be.”

“I did.  I had been.  I’d held her hand to keep her with me, but then she rushed off to get a forgotten bag.”

“Well, you’d better get it right this time.  The clock’s ticking, y’know.  This is our last chance.”

I knew not dreaming was unlikely to be an option, but at least this time they’re bringing me Jase alive, not dead.

Why had I never noticed how beautiful his voice was before?  Strong, rich and mellow like coffee or dark chocolate.  I guess when you hear something every day of your life then you just don’t appreciate it.

Jason’s voice becomes an insistent hiss that jolts me awake.

The voice is soft again.  And close.  But I’m not asleep anymore.  Am I hallucinating now?

I push myself up to sitting and there he is, or some sort of fuzzy vision of him, appearing in the centre of my room.

He smiles, my favourite one that’s slightly crooked on the left hand side.  “I’m not dead, Sel.  I’m with the Moonlight Shadows.”

I’m bolt upright now, my feet on the floor.  “But I saw you get shot and killed.”

I reach out a hand to touch his face as disbelief and relief flood me.  It slides through thin air.

He looks as disappointed as I feel.  “Old tech, sorry.  We had to resurrect a hologram network.  Using AR Comms means we could be traced.”

Mother’s warning slams back into my head.  “They kidnapped you?  They’re using you to get to me?”

He shakes his head.  “No, no, they rescued me.  Us.  Things aren’t how you think they are and lots of us know it.  Everyone you saw “killed” was a rebel.  Our rescue was set up as an attack so we could all get away without repercussions for our family and friends.”

“You were going to take me without telling me?”

“Because you thought I’d tell Mother?”

“You don’t trust me?”  The pain in my accusatory question makes Jase wince.

“I trust you with my life.”

His eyes don’t meet mine again for several long seconds.  “I know what you’re about to inherit.  I didn’t think you’d give it all up to come with us.  To come with me.”

Silence sits heavily between us as we hold each other’s gaze.  “So why are you telling me now?”

“Because time’s running out and after your inauguration security will tighten like a chokehold around you.  We have one more chance to get you and it’ll only succeed if you help us.”

Jase looks to his right, as if listening to someone there, and shakes his head violently before turning back to me and speaking speedily.

“The Moonlight Shadows have had to admit defeat.  They can’t stop your Mother.  Their only option, our only option, is to get away while we still can.  Sel,” he leans towards me and drops his voice even lower, “the amazing discovery I was taking you to see, it’s something they’ve found here on the dark side of the moon, something an intergalactic race left for us to find.  The Linley Lunar foundation isn’t using the iridium it’s mining for space exploration any more.  It’s selling it for profit.  And the Titanic 12 is being built as a space station home for Earth’s affluent, not an interstellar voyager.”

Jase glances to his side again and nods quickly.  “Sel, please trust me, please come with me.  You know where we were when we decided Enceladus would be our last stop before leaving the solar system so we could admire Saturn’s rings?  Be there, tomorrow morning, 11.10.  A Moonlight Shadow will pick you up.”

And then he’s gone again leaving an aching empty space, just like before.

“Fine speech, lad.”  The older man claps Jason on the shoulder.  “You blabbed way more than we agreed though.  That could be dangerous.  Think she’ll come?”

Jason’s head drops so low his chin almost hits his chest.  “I hope so.”  He shudders out a deep breath.  “And if she does then this time you have to uphold your part of the deal and get her here.  I’m not going with you if she doesn’t come too.”

“We need your piloting skills, Jason.  You’re the only one with the experience to guide the ships through the asteroid belt.”

The old man shakes his head.  “You’d really go back and act the repentant traitor?”

“But you’d live in that manipulative witch Lady Linley’s world, knowing the truth, for the rest of your life?”

I stay awake all night thinking and reading through the reports Mother gave me with a new focus.  In the morning I use eye-brightening drops before going to the kitchen for coffee and telling Mother I slept, feel much better and want to go and finish a quantesein shipment at the Reiner Gamma outpost.  She objects, then relents proudly when I say that I refuse to be intimidated and restricted by our enemies.

11.09. Standing by a stack of shipment crates, I look along the arm of the landing bay to its end where Jase and I stood and dreamed our future.  It’s only ten metres away, but the difference between that point and this one is accepting the privileged life mapped out for me or literally leap into the unknown with all its risks and uncertainties.  And Jason.

I shudder.  Letting myself be carried away by a Moonlight Shadow is almost unthinkable.  It goes against every drop of survival instinct, everything I’ve ever done to keep myself safe.  Fear is always the biggest obstacle to push through.

I run, hitting the pre-arranged spot at the same second as the teleportation stream.  I have another chance to take hold of Jase’s hand and this time I’m never going to let it go. 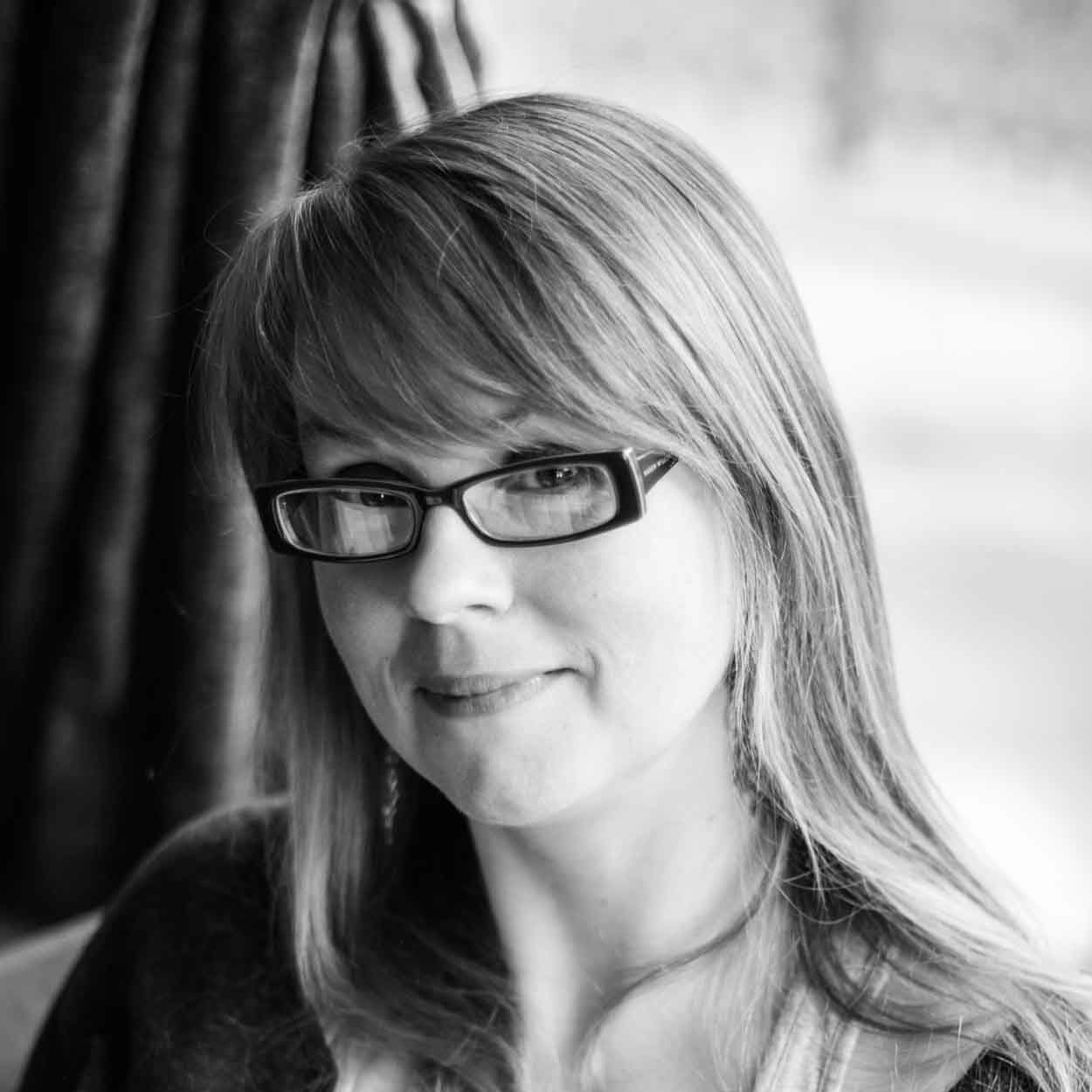 Hi, I'm Mel (you figured that out already though, right?!) and this is where I chat about things that relate to and inspire my writing, as well as share some of it.

© 2014 – 2021 Mel Green Website Created by Sam Green
We use cookies to ensure that we give you the best experience on our website. By continuing to use this site you accept to the use of cookies.Ok